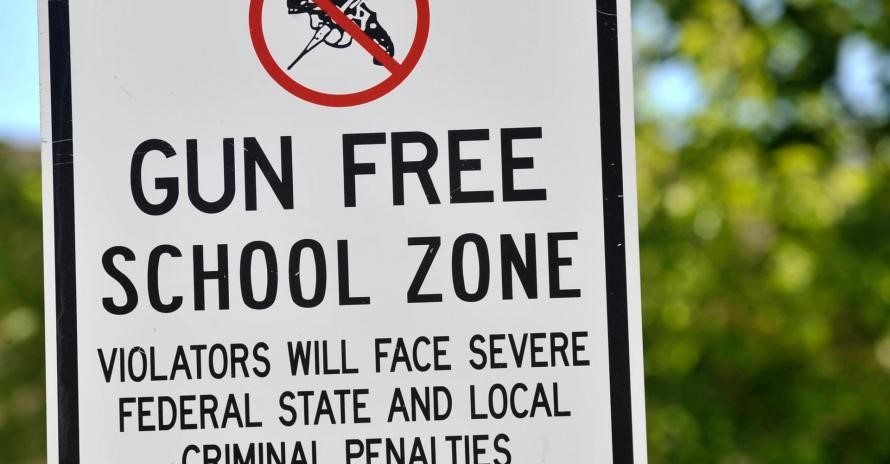 Random Thoughts After A Very Long Week In The Trenches...

Since the Valentine’s Day tragedy in Florida, we’ve seen high school kids across the country marching, speaking out and demanding the rest of us do something to make schools safe again.

Unfortunately, suggesting something that doesn’t fit their idea of a solution causes them to overheat. Their ardor, coupled with a lack of maturity, makes for a pretty black-and-white view of the world.

They, like many of their parents, seem to believe that anyone who doesn’t immediately begin smelting down every gun on earth is tacitly endorsing murder.

But it’s darned difficult to explain a contrarian position to an angry kid who’s seldom (if ever) been told no, much less been asked to rationally defend a position (with anything other than volume).

Because of their flat-earth viewpoint, they are demonizing a lot of good people who might otherwise be their allies in the search for a reasonable solution.

We can’t win arguments with them any more than we can convince legislators to look at facts instead of poll numbers.

It’s just one more thing we need to remember when we’re trying to deal with a deluge of disinformation, misinformation and downright fabrications wrapped in red-faced teen anger.

But as one of my role models was fond of saying, “never lose sight of this: it’s never right to do wrong and it’s never wrong to do right.” It never failed to infuriate me, but in retrospect, his advice has never been wrong.

If/when you’re faced with someone who’s determined to convince you that the Second Amendment is outmoded, outdated and in need of repeal -and armed only with emotion, here’s advice I wish I’d taken: agree to disagree; then just walk away.

If you can’t resist raising their blood pressure with facts, here’s one you might have missed from today’s news section: while plenty of people are now calling for training and arming America’s teachers, Ohio’s been doing that for the past five years.

"It's taken a while for this idea to catch on," says Buckeye Firearms Association Executive Director Dean Rieck. "At first, many people told us it wouldn't work. But we pioneered this concept, refined it, and have proven that it works. Now school boards are coming to us asking how they can improve security in their schools.

"Some educators are skeptical,” he says, “So we invite them to observe the training and see for themselves. Once they see what the FASTER Saves Lives classes are really all about, and when they see the high quality of instruction and how the program has adapted proven ideas from real-world active killer events for the school environment, they're much better equipped to make rational, clear-headed decisions about the next steps for their school."

Sounds like a program we need to make more school administrators aware of.

You can learn more at: www.FASTERsaveslives.org.