About six years ago, some of my friends started showing up at events wearing Klim gear. Two things stood out- it was very expensive and everyone who had it loved it. I had been wearing mid-level brands like FirstGear and Olympia and was fairly satisfied with them, but became more curious about what was so great about Klim.

At the Motorcycle Sport Touring Association national STAR rally in 2019, I happened to meet Chris Parker from South Carolina. Chris does the layout for STAReview, our club’s magazine. It was mid June, and a hot humid day, but he was wearing his non-mesh Klim Badlands Pro jacket. It looked heavy and hot, and I asked him why he wore it in summer weather. 2104-02.jpg

He replied that he loved the protection and that with its twelve zippered vents open, it was no hotter than mesh while moving. He wears it all year round and loves it.  I couldn’t see it for summer use but decided to consider it as a Fall-Winter-Spring jacket.

First came the sticker shock- the Badlands Pro costs $1000. Second, it’s very heavy- 7.8 pounds. Much of this is due to its extensive seven pieces of CE Level 2 D3O armor, which provides state-of-the-art impact protection. 2104-03.jpg

The outer shell of the jacket uses “Superfabric” panels in the high abrasion zones. They are very flexible to allow free movement but have an array of small epoxy beads on the surface that easily slide on pavement, gravel, etc with a minimum of friction or abrasion. The rest of the jacket is made from Klim’s patented Karbonite textile material. 2104-04.jpg

Gore-Tex Triple layer shell technology makes the jacket 100% waterproof while remaining breathable. That makes the Badlands Pro one of the best rain jackets on the market.

The jacket’s primary market is world travelers and adventure riders, who frequently ride rough, technical terrain and hot conditions, so ventilation is extremely important. The Badlands Pro has twelve vents with waterproof zippers and the collar lapels have handy hooks and loops so they can be pinned open for additional ventilation. 2104-05.jpg There’s even an optional hydration pack with a water bladder that fits inside the back of the jacket with an internal drink hose that comes out of the right chest pocket for convenient hydration.

I purchased my Badlands Pro in December of 2019 for the Winter riding season. Like other Klim jackets, it comes with no insulated or absorbent inner layer whatsoever. I thought that was odd, but the way the jacket is tailored and fits, and with all waterproof vent zippers closed, it insulates me effectively from outside air. Riding my FJR in the winter with the taller touring windshield, all I needed underneath the jacket was an LD comfort base layer and my FirstGear heated jacket liner. 2104-01.jpg That combo is good down to freezing, which is about as cold as I want to ride for any distance.

What about the heaviness of the jacket? Most of the weight disappears as soon as you put the jacket on, but it comes with a built-in kidney belt. When the belt is  fastened, it helps support the jacket. Even more important, the belt keeps my back straighter and helps avoid back pain during long days in the saddle. 2104-06.jpg

I love the comfort of the Badlands Pro and the protection it provides. As Spring approached, I began to wonder how far into Summer could I wear it and continue to be comfortable. When temperatures got to the high 60s, I got rid of the heated jacket liner. (From about 55-65 degrees, I wore it but did not run the heat.) In the middle of May, I switched to the stock windshield on the FJR which is about four inches shorter than the touring windshield I previously used all year round, partly for rain protection in the summer.

By the time temperatures reached about 85 degrees, I had all the vents and the collar open. 2104-07.jpg I found with the shorter windshield I was a bit more comfortable than I would have been with the taller windshield and mesh.

Eventually I got caught out in a good thunderstorm. Instead of stopping and putting on Frogg Toggs or a rain slicker, I just zipped up the vents and had the most waterproof jacket I’ve ever experienced. Another time when it was fairly hot and I got caught in a thunderstorm, I left the vents open and just rode through it.  After the rain stopped, I learned why Klim has no absorbent lining in their jackets-  if nothing in the jacket absorbs water, the jacket dries out very quickly inside.

I wore the Badlands Pro all Summer with no problem, in temps up to 100 degrees. On really hot days when the air is literally hotter than the 94 degree temperature of your skin, riding gear actually keeps you cooler by insulating you from the heat. This especially true of your lower legs and feet, where good riding pants and boots insulate them from the radiant heat of your engine and the pavement.

In October I bought a used Suzuki 650 V-Strom which I have enjoyed a lot. Unfortunately, I was involved in a near head-on crash with a school bus in a blind curve on a narrow road. The bus swung wide on the curve, taking up the entire road. I was almost stopped but the bus was doing about 20MPH and kept coming over.

The V-Strom missed hitting the bus and I would have been OK, except the big cross view mirror on the left front corner of it scraped the side of my helmet and struck my left shoulder. The impact broke the mirror and bracket off the bus and I was thrown backwards off the bike about 20 feet, landing on my back on the shoulder of the road. The force of the impact broke my clavicle, three ribs and scapula.

The shoulder of the Badlands Pro was torn open, but the jacket minimized my injuries. There was no laceration from the impact, only an abrasion and bruises. The wound healed in a few days, but the broken bones took about six weeks to heal. Fortunately, no surgery or physical therapy was needed.

Klim has a five year crash protection program for their high end gear. I answered  a questionnaire and submitted it with a copy of the police report. When Klim approved it, I sent them the damaged jacket and they sent me a brand new one at no charge. I’m riding with it now and it’s even better than the previous one!

Central Ohio Breakfast, 8AM, May 2 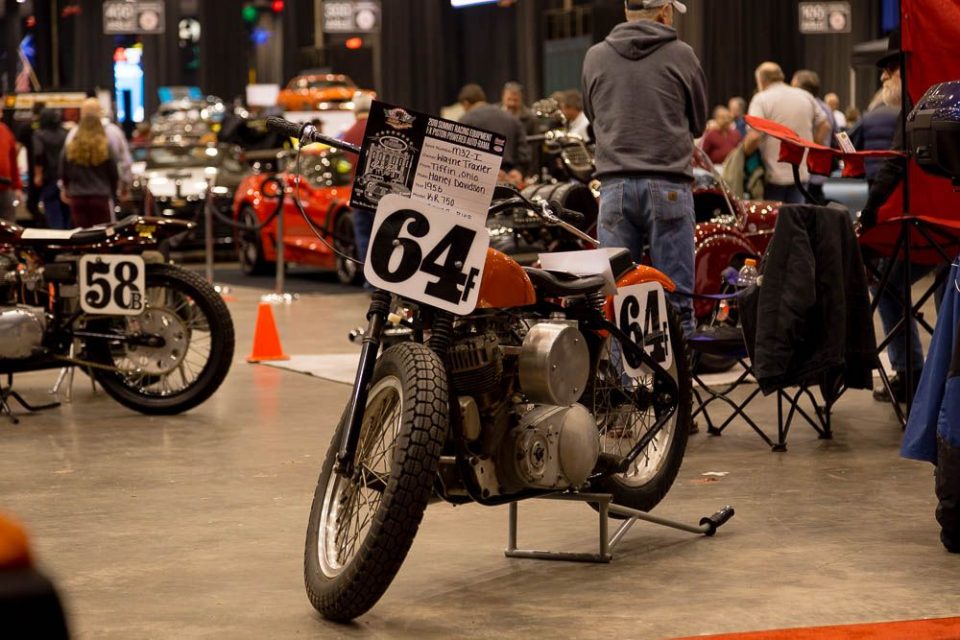 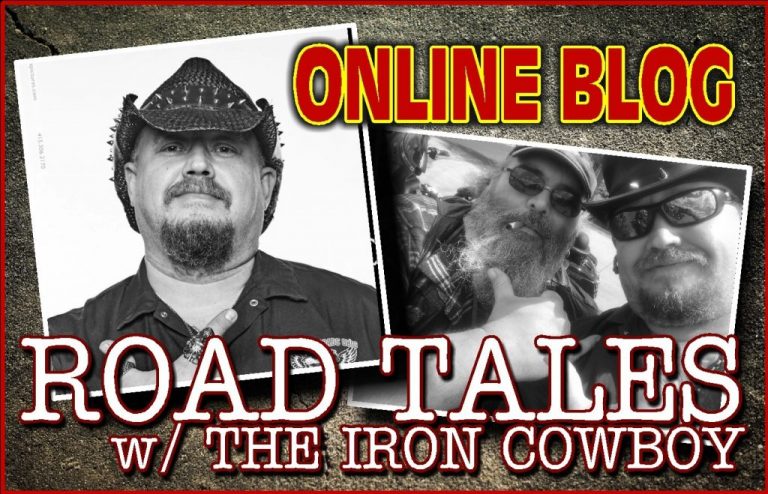