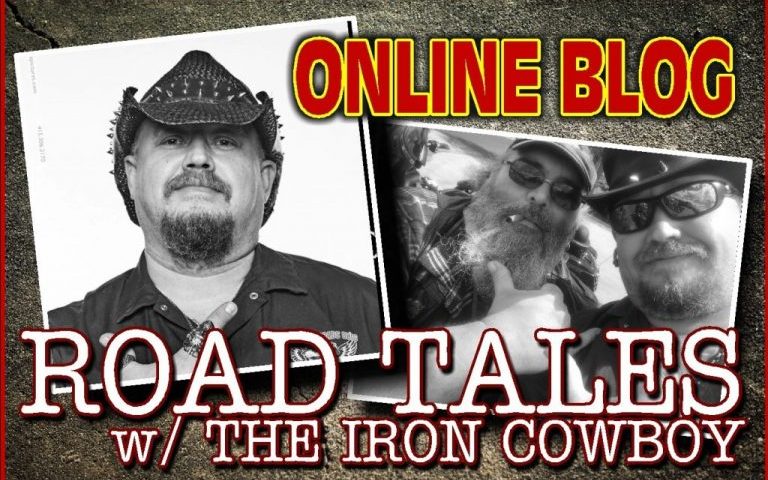 As we find ourselves in our 11th year of publishing Thunder Roads Ohio, it’s hard not to reflect back on some of the lessons we’ve learned along the way. And boy, have there been a lot.As I’veshared before, when we first started producing this magazine –we really had no idea what we were doing.I spent a lot of time considering other magazines, the riding community itself, and really what I thought I’d want to see in a motorcycle magazine. In the end, we came up with a concept that centered around producing a magazine that was WORTHpicking up and that served an ACTUAL PURPOSEto riders and the Midwest motorcycle community.We worked hard with these two core priorities in mind, and off we went.

Within two years of our launch,we were among the largest and most read regional motorcycle magazines in the nation –and within five we were achieving national recognition for the concept that we had developed.Our competition had no idea what to make of us. They didn’t understand what we were doing –and they certainly didn’t understand how. So even as they scrambled to imitate us and copy our approach –they mocked us and called names like children on a playground.They called us the “Walmart” ofthe motorcycle community and alleged that we were actually some corporate entity masquerading as a community oriented business.

In some cases,they actually printed this nonsense in their magazines, even though they really knew we were just another smallfamily business struggling to make a living for those we supported. Some detractors, though, went even further to insult and insinuate wrong-doing within the community or even online through the various social media platforms.Even though, NONE of the nonsense was true –they continued on because they simply didn’t want to accept that we were putting out a better product that more people liked. And in many cases they may have even believed the character assault –even though it had no basis –simply because they couldn’t comprehend the idea that actually supporting charitable organizations and investing in the riding community. It wasn’t just rhetoric with us –it was part of our character and actual business plan, and they couldn’t understand it.Mettle(or metal) is the courage to carry on. If someone wants to “test your mettle”, they want to see if you have the heart to follow through when the going gets tough.”As we come out of one of the most challenging times in recent memory, our character as Americans is being challenging. The values of our entire nation and the actual METAL of each and every one of us is being challenged.Parties on both sides of government, corporate entities, and undoubtedly other persons in positions of power are attempting to manipulate us all.

They sling mud and insults, make baseless accusations, and prey upon our uncertainties –in order to confuse and manipulate us, or even to simply silence us as we are overwhelmed by the craziness.We may not be perfect –none of us are; but we have values and drive. We help the unfortunate and care for those stranded. And when we find someone lost or down the wrong path –we take the time to get them back on the road and headed in the right direction. Not simply because we are goodpeople –but because we know that someday, that will most likely be us as well.As we come out of “SOCIAL DISTANCING” and our proverbial bunkers –we need to remember WHO WE ARE and not simply accept the narrative that we are being told. And we CANNOT continue down this road of division and conflict that we are being lead down.

Neither a loudmouthon social mediaor even a tirade from a congresswoman can really define who we are –unless we allow it. We need to believe in each other and the common sense and core values that we all have. We need to question the actual MERITS of what’sbeing said and not be swayed by the labels or name calling that we hear.These are crazy times, but we CANNOT allow anyone to cause us to forget who we are. We are all Americans –ALL OF US. I am PROUD to also be a BIKER from Ohio and regardless of what I’m riding or how I’m dressed –that’s WHO I AM. It’s time for us to GET OUT AND RIDE –and show them who we are. We need to ride for the causes and people we believe in –and we NEED to RIDE TO BE HEARD.We need to show them the METTLE that we are made of –it’s IRON –as we are blessed to not only be AMERICANS, but BIKERS as well.God Bless our Nation in these trying times, and let us all stay focused on the road ahead.Ride STRONG and I’ll see ya out there!