Last month, I discussed the initial process of getting the XS running and taking it for a few short rides. The short rides were definitely a victory, but it was a long way from being truly road worthy.

We received at tire donation to replace the front. I used the tire machine at Skidmark to mount and balance the tire. A huge thank you goes out to that mysterious person who made the donation.

After a few short rides the carburetors began to get difficult again. Dirt must have still been trapped in a few crevices inside the carb body. It is not uncommon for me to have to clean the carburetors multiple times before I get them clean, so I had to disassemble, clean, and adjust the floats again. In addition to more dirt getting trapped in the jets, apparently the float stock settings were ever so slightly too high, and when the bike was on the kick stand, the gas would come out the overflow on the left carb. After slight adjustment of the float, and gas was staying in place.

In the process of going through the bike and setting all the cables properly, I noticed the side of the engine case flexing every time I pulled the clutch in. I discovered that four of the bolts were missing from the left side over. One of the bosses that the bolt threaded into was broke off. I am guessing this was the first fastener to fail – and then, over time – it was a chain reaction from there. The repair for this was not simple. I had to drill into the case deeper. Luckily there was enough mass there to get half an inch of thread engagement on the bolt.

Before drilling out a broken bolt, it is important to take your time and put a quality center punch dimple into the broken bolt.  It is of the utmost importance to get this dimple on center because the closer to center the hole is, the better the ez-out will work for backing the bolt out. Sine the bolt is likely a hardened steel, the drill bit is going to want to walk to the side until you have a good hole started. So once you get a quality center dimple, it may not hurt to hit the center punch a few times to get the dimple more defined. The deeper a punch dimple is, the better the rest of the process will be.

A good tool to use next is a left handed drill bit. Left handed drill bits are the same design as your normal drill bit, but the flutes on the drill are wound in a counter clockwise direction. These are great for removing broken bolts because as the drill bit bites into the bolt, it forces the bolt to back itself out. Best case – it bites and backs the bolt out. Worst case -it just puts a hole in the center of the bolt and you still use an ez-out.

When selecting the drill bit, ideally you want one that is in between 55 and 70% of the bolt diameter. This is a nice balance between a hole that is accommodating to the appropriate size ez-out, but small enough to allow for a solid wall of the bolt for the ez-out to grab. Once you drill the hole, insert the ez-out into the hole. Tap it in with a ball peen hammer. This will make the sharp edges of the ez-out grab the steel of the bolt. Once you are confident that the ez-out is solidly in place, put a tap wrench on the ez-out and try to back the bolt out. Hopefully the ez will bite into the bolt harder than the bind on the threads of the bolt. With the XS, most of the bolts came out with the left handed bit, but two did require the ez-out.

Once you get the bolt out, it is important to run a tap through the hole. This will help to repair or reshape any damaged threads. Also, it may clean out any debris that caused the bolt to jam in the first place. After taping the threads, clean all the penetrating oil and chips out of the hole, and use new bolts of the appropriate grade.

Next month we will try and sort out some electrical issues.

Knoble Moto is a partner of Skidmark Garage. We teach classes for the DIY crowd, on all aspects of motorcycle repair. Entry level maintenance, valve adjustments, carburetor cleaning and tuning, drive line service, suspensions, and even engine work. Our class subjects are updated regularly, so check back often. If there is a subject you do not see covered, shoot me an email at knoblemoto@gmail.com Find us on Facebook at www.facebook.com/knoblemoto, Instagram Knoble_Moto and www.KnobleMoto.com 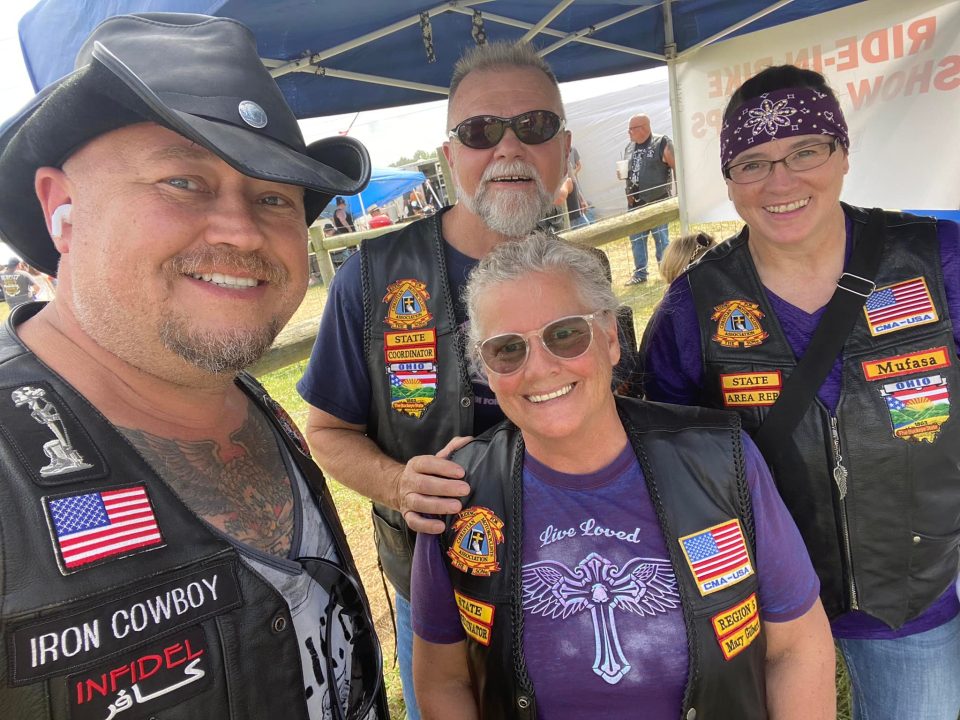