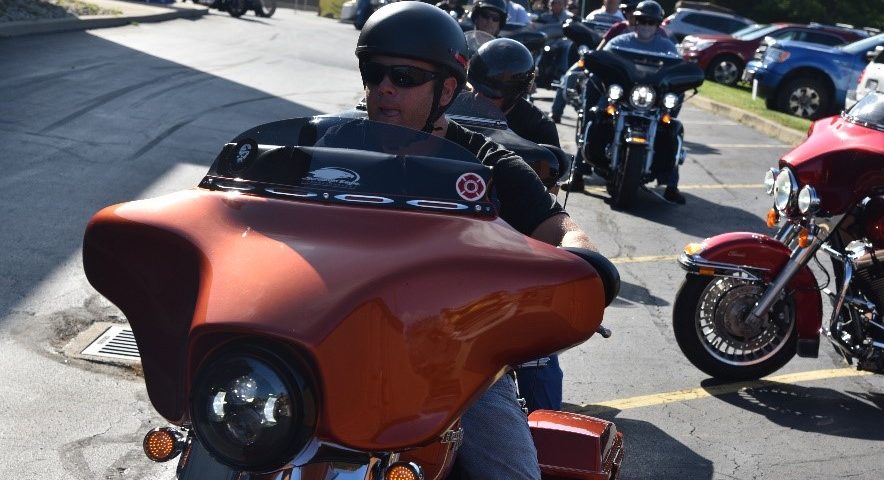 The Rolling Thunder First Amendment Demonstration Run is an annual protest and gathering that first started in 1988. Motorcycle riders from around the nation, and even around the world rally in the Pentagon parking lots and then begin riding a designated route through the Mall area of Washington, D.C.Afterward, it is an opportunity to meet old and new friends, pay respect at the memorials and participate in the Memorial Day events. The event is an actual demonstration/protest to bring awareness and accountability for POWs and MIAs left behind. With an average attendance of one million+, the Rolling Thunder Demonstration Run is the largest annual gathering of Vietnam veterans, military retirees, military veterans and active duty personnel in the world.

It’s a HUGE endeavor – and many questioned how long the ride would continue, as hosted by Rolling Thunder. There have been a number of rumors circulating for a while, but it was announced on several websites that Pete Zaleski, Vice President of Rolling Thunder, Inc. confirmed that yes – this would be the last of the Official Rides in 2019.

“We are told that the difficult decision to end the annual event was due to a number of reasons. One was the expense of putting on the event. Another we are being told was pressure from the Pentagon Police Department. The Pentagon parking lot is the staging area for the ride.

We have been told that Rolling Thunder, Inc. will continue to be active, and will continue its work on behalf of POW/MIAs, veterans, and active duty military. However, if you have always wanted to take part in the Annual Ride to DC, you may want to book your rooms now. 2019 will be your last chance.” -Motorcycle Law Group Newsletter, Matt Danielson

Shortly afterwards, however, the following notice was placed on the official website – www.rollingthunderrun.com

“With respect to the press release that 2019 is the final year of the Rolling Thunder Demonstration Run; there are other Veterans organizations that CAN and WILL ensure this Memorial Day tradition continues. -RTWDC”

It would appear that this is certainly an open invitation and acknowledgement that other Veterans organizations will carry on the tradition – not only in DC, but at other locations across the country. Of course, there are countless other veterans’ rides on Memorial weekend, but Rolling Thunder was the big one.

There is at least one effort to create another monster Memorial weekend run – on a NATIONAL scale – to the new National Veterans Memorial and Museum in Columbus. That seems like a great idea, if indeed the National Rolling Thunder Ride is no more.

But that’s looking further down the road, 2020 – which just sounds a long way off… Before that, we’d encourage you to consider attending what might be the last of the Rolling Thunder Rides –